Turbines for fermenters are rotating devices with a plurality of radially extending blades. The ambition is to reduce non-uniformities in the fluid containing liquids, blend soluble components, disperse gases and solid particles such as cells and promote heat transfer. Fermentation depends vastly on the success of the fermenter design in order to obtain optimum flow field, shear distribution, bubble distribution, Oxygen distribution, mass transfer throughout the entire fermenters liquid volume. The turbine design shown below is relevant for the biotech industry up to 100 litre WV and named after the actual designer, inventor. 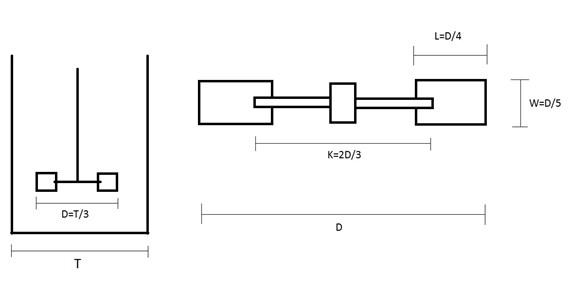 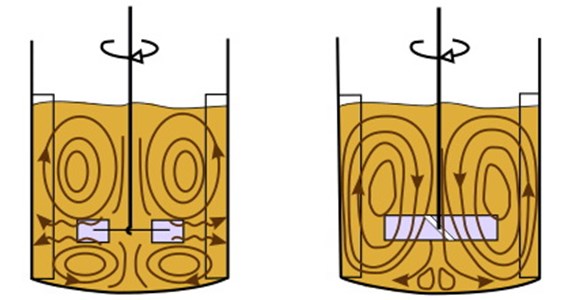 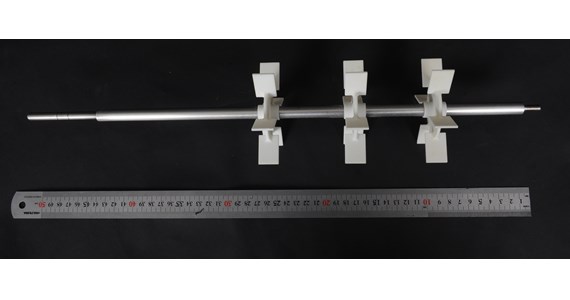 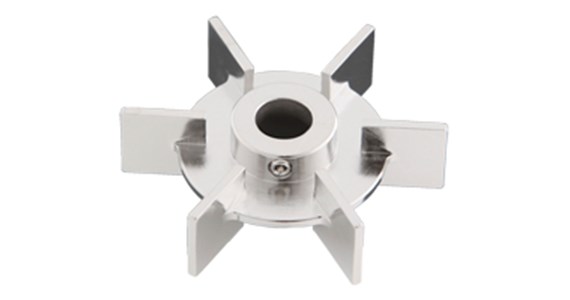 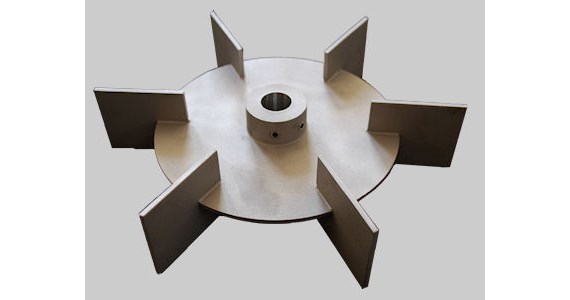 The John Henry Rushton (1905-1985) turbine (Purdue University, West Lafayette, IN, 47907 USA) originates from the 1950ties. The 100% radial flow pattern turbine design are based on a flat disk with 6 flat blades vertically mounted symmetrical on the disc circumference (RT6-90).

A most cost effective design with performance generally limited by pockets or cavities, which cling to the back of the blade at high gas flow rates and/or RPM. Rushton cause cavitation, considerable streamlining and power draw reduction. When gas flow gets too high, the pockets can bridge between blades, resulting in flooding and severe mechanical instability. 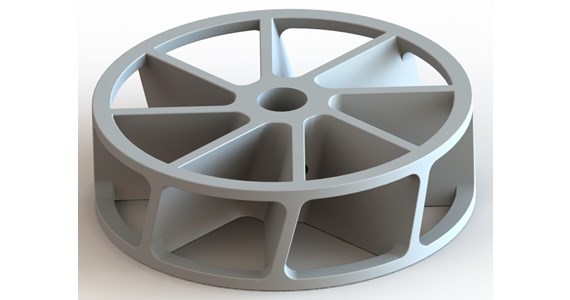 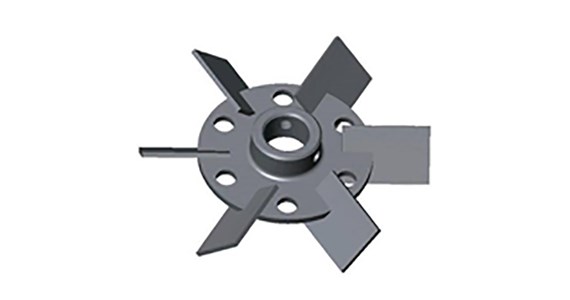 Jacob`s symmetric angled flat blade turbine (JT8-75 to the left) combines the radial flow with axial flow by selective angling of the blades.  This in an open design improving the aeration performance. Gas injected under the turbine are sucked into the fully open core volume of the turbine and distributed through the entire turbine exhaust. Need to be mechanically somewhat rigid designed as manufactured from plastics by CerCell capable reaching 2,000 RPM at 1,200 cP viscosity. The shown metallic partly open RT6-45 and fully open RT4-45 is comparable to the Jacob´s in performance. 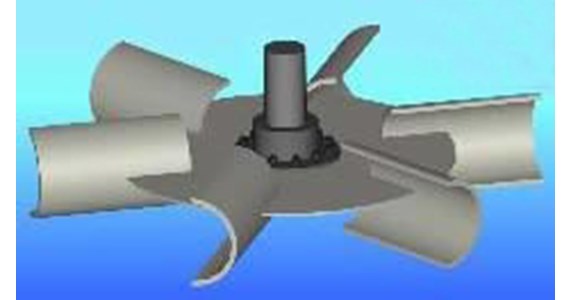 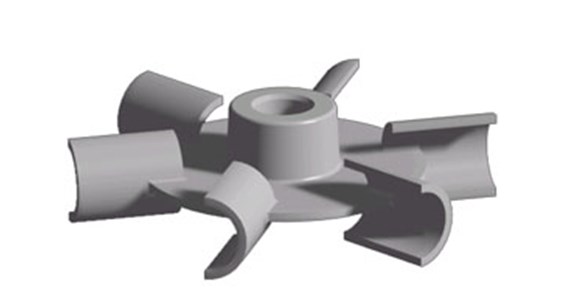 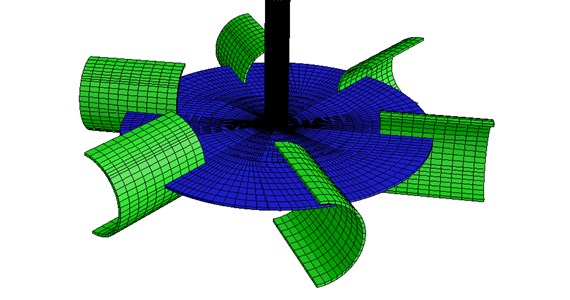 This Smith (ST6) symmetrically arranged curved (half pipe) blade design from the 1980ties (Philadelphia Mixing Solutions) is able to handle increased injected gas volume. Can disperse twice the gas compared to the Rushton (RT6) before flooding. Does not experience as great a power drop-off due to gas loading compared to the Rushton turbine. Recommended combined with an up pumping (Marine) impeller. 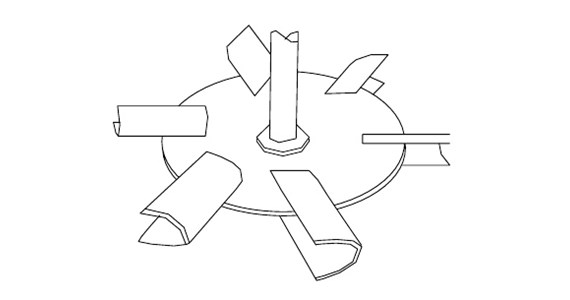 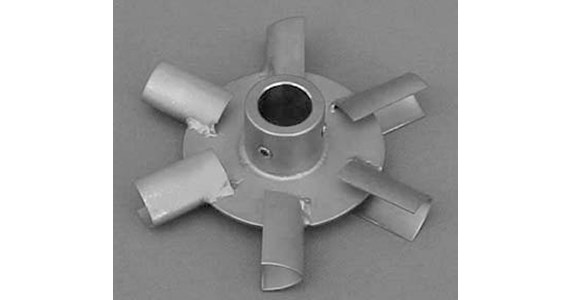 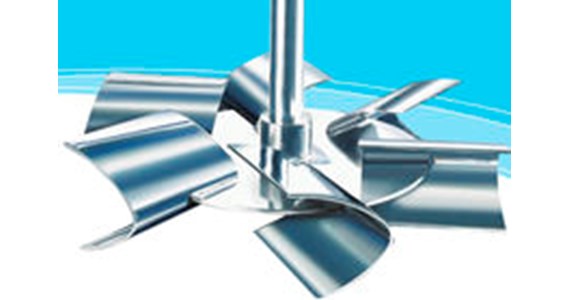 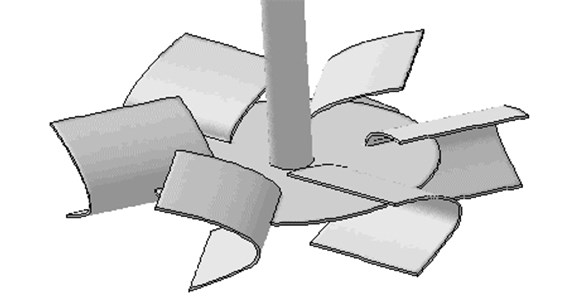 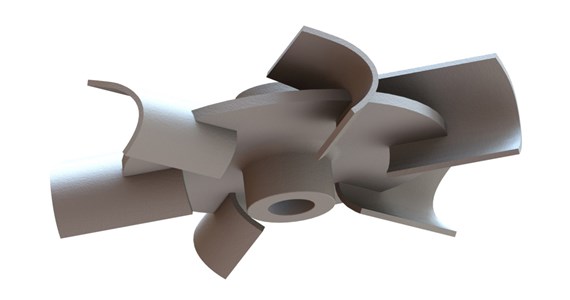 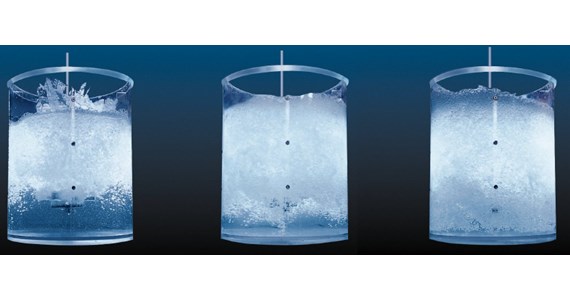 You will find this article by André Bakker interesting: A New Gas Dispersion Impeller with Vertically Asymmetric Blades, 2000, http://www.bakker.org