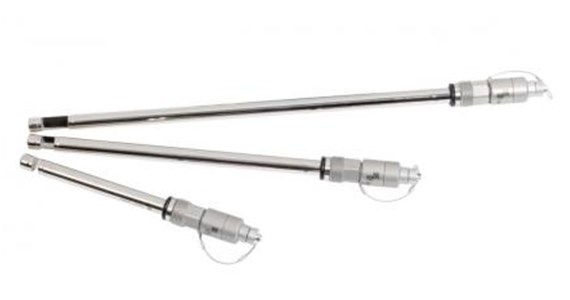 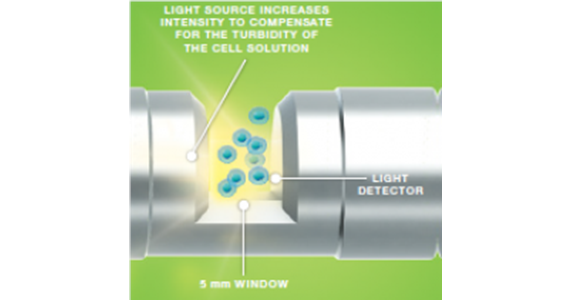 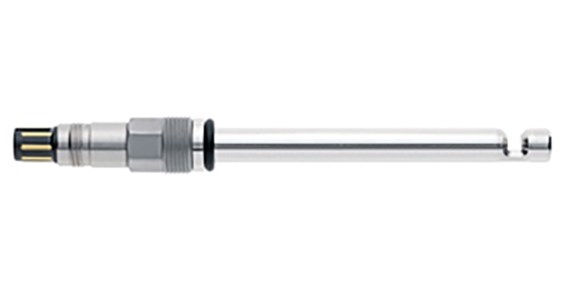 The OD sensor quantify the optical density of a liquid sample by comparing the intensity of light that has passed through and the intensity of the light before it enters the sample. OD also known as “turbidity” taking place at NIR (near-infra red) wavelengths insensitive to changes in media color. All particles that scatter NIT light will be detected, including living and dead micro-organisms as well as micro-organisms debris.

The OD measurement is useful at low micro-organisms densities like after inoculation. Or when micro-organisms are bacteria of a very small size (less than 1 µm) not easy to read for capacitance based instrumentation.

The DenCytee sensor from Hamilton emits light through a 5 mm window onto a light detector on the other side of a cap containing the broth. Micro-organisms in suspension absorb and scatter light so less light is read by the detector. To compensate, the sensor increases the amount of light emitted by the light source to maintain a constant reading at the detector. By reading the amount of light that is increased at the light source, the DenCytee sensor can measure solutions with both very small micro-organisms and high micro-organisms densities.