For improved fermentation the following is good to know

Power Number is a dimensionless parameter used for estimating the power consumed by the agitating turbine. The lower number the better ability to disperse gas into the media without flooding! All turbines shown on this page are from CerCell's selection manufactured from Nylon. 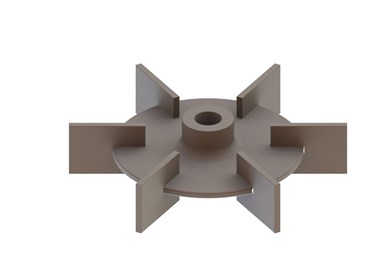 Rushton turbine model RT6-90 is a pure radial flow turbine has an un-gassed power number of 4,5 – 6,5 the highest of any common turbines. 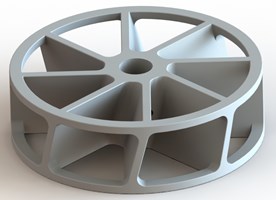 Jacob`s turbine is a super strong angled flat blade mixed radial flow and axial flow turbine with blades mounted on a core. The model JT8-75 has an un-gassed Power Number of 4 – 5,5. 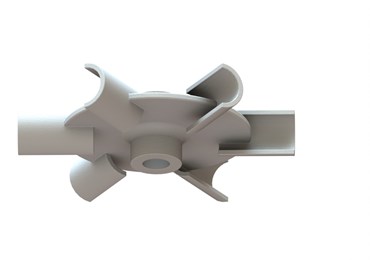 Smith turbines is a high efficiency agitator for very high gas dispersion applications. Characterized by symmetrical curved pipe sections mounted to a round disc resulting in low Power Number and increased efficiency. The model ST6 has an un-gassed Power Number of 2,8 - 3,2.

Bakker turbine is a high efficiency agitator for very high gas dispersion applications. The uniform dissolved gas distribution is achieved throughout the vessel. Characterized by asymmetrical curved blades mixing radial with dual asymmetrical axial flow performance. The model BT6 has an un-gassed Power Number of 2.5 - being the best available turbine.

For a standard cylindrical vessel geometry, the power consumed by the turbine(s) at a specified rotational speed, for a liquid with known density, can be determined from the Power Number correlation.

Power Number data for different type of rotors - turbines, under a give set of conditions are documented in various technical literature. Typical values of Power Number (Np) are:

Power Number decreases with an increase in Reynolds number.